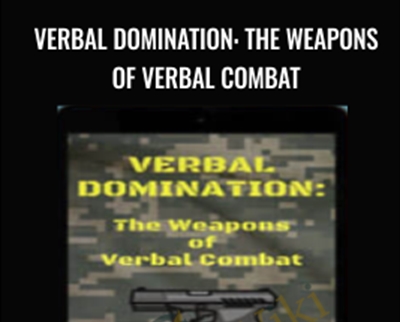 Be the first to review “Verbal Domination: The Weapons Of Verbal Combat – Min Liu”